Sunshine is our wake-up call.

The Best Little Trailer has three big windows around the back.  In the morning sunlight creeps in and softly whispers for us to get up — A new day is here for you!

Our goal is the saddle between two hills.  Not the saddle that gives Saddle Mountain its name.  A narrow, two-track road will take us to a lower saddle.  Sometimes we hike across untraveled ground, but rarely very far.  A narrow lane is better.

The raw ground is tougher on paws and there’s more chance of stepping on spiky pieces of the treacherous cholla.

What’s that saying?  “The cholla doesn’t fall far from the tree?”

The air is cool and crisp with a slightly sweet aroma.

For the first time I hear birds singing the way they do in spring.  Someone has built a penthouse apartment high on a palo verde branch.

It must be like a ship at sea when the wind blows.

Most of the washes we cross are rocky.

A wash can make an easy trail to hike, but not here. 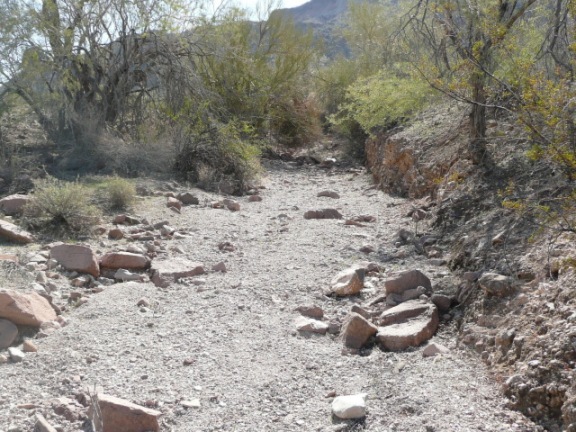 These washes are blocked with debris driven by powerful water flows.

He hurries ahead of us to see what’s over the next rise.

The lane takes us up and over several small hills.  Bridget and Spike are happy hikers.  We walk for a long time, although the only sign of time passing is the slow rise of the sun. 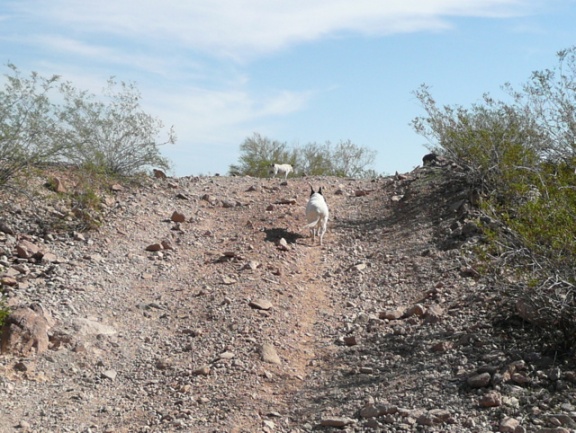 Bridget likes to stop for breaks. 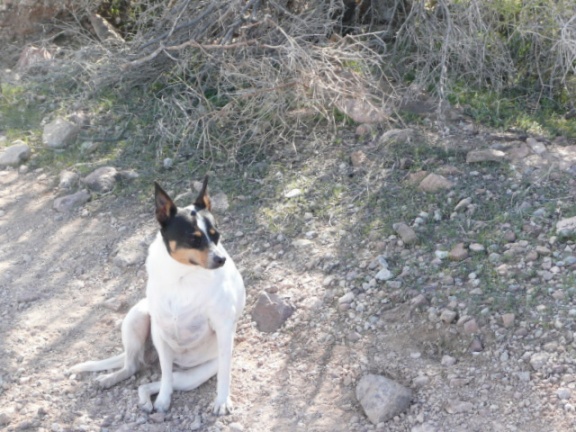 She looks at Spike and me with a face that says, “What’s the big hurry?  Let’s set a spell.”

I take out my monocular and survey the rocks above. 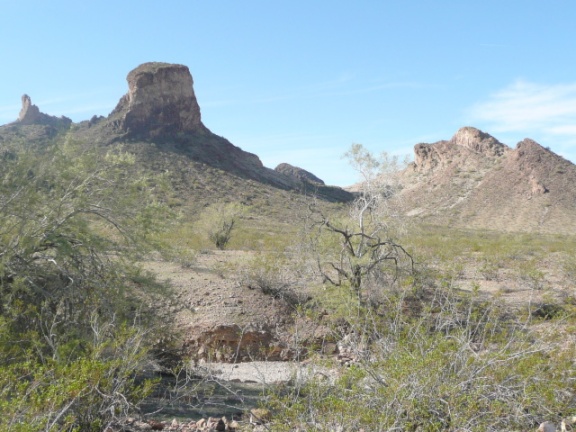 Bird sounds drift down from rock ledges and crevices in the cliffs.

The saddle is up ahead. 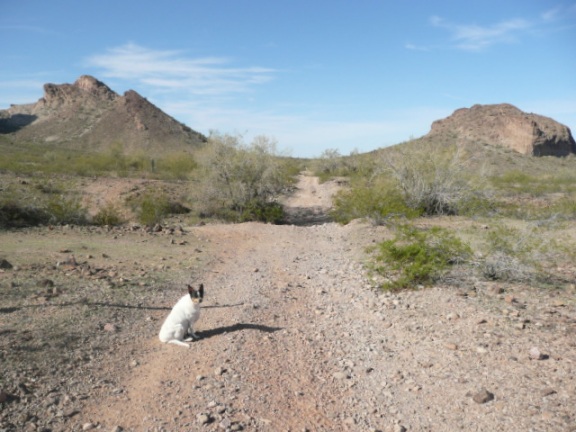 I notice Spike and Bridget are starting to pant.

Should we keep going?

The saddle looks close, but distance in the desert is deceiving.  Spike slows and Bridget stops to rest a lot.

I’d better not push them too hard.  It’s a long way back to camp (a lot longer than this photo indicates!)

After a restful afternoon and an early supper, the crew and I walk a little way down the road to watch the sun set beyond a lone saguaro.

The sun that gently stirred us awake this morning slips below the horizon in a silent adieu.