A story: The Beekeeper’s Wife

I meet and become friends with a fellow teacher named Jay who teaches at a school near my home.  Jay is married with three children.

Jay and his wife create a huge, successful, organic garden for their family.

The garden produces many different vegetables including several heirloom varieties.  Fig, pear, and apple trees flourish on a southern slope of the property.  At the far side of the lawn, rows of muscadine vines and blueberry plants put forth luscious fruit.  A pony and a flock of chickens supply manure for the compost pile.  In support of these agricultural endeavors, Jay takes up beekeeping.

The photos have nothing to do with the story.  Pay attention.

Jay joins the local chapter of the Beekeepers Association.

He wants to learn how to tend his hives and how to harvest the honey.  It turns out to be an enjoyable social outlet, hanging out with fellow apiarists at the monthly meetings.

Right away he and the president of the local chapter of beekeepers become friends.  The president is also married and has a wife named — Oh, you’re not going to believe this, but it’s true . . . The wife’s name is Honey.

Really.  On her birth certificate.

(I’ve always wanted to know which came first, the bees or the wife, but, darn, I neglected to ask Jay for that detail.)

One day Jay has a bee question, so, of course, he rings up his friend, the president.  At the very moment that Jay’s wife enters the room and stands within earshot behind him, Jay innocently speaks into the phone, “Hello, Honey.  Is your husband home?”

Okay, so it’s not such a great story.  It beats reading about me fussing on and on about the cold and the wind, which, by the way, is getting very old.  The fussing, the cold, and the wind.

Not only do you make noise, you’re ugly!

I did not sleep much last night for all the howling.

Plus the plastic range vent which I never use clacked and rattled all night long.  If it weren’t so dang cold, windy, and dark outside, I might have run out there and ripped the thing off the side of the BLT with my bare hands.

Bridget, of course, has to keep tabs on me at all times, so she didn’t get much sleep either. Today she and I lounge around inside to make up for the sleep loss, while Spike makes numerous trips outside.  The poor guy has to get rid of his energy, no matter what the weather conditions.

He also thinks it’s his responsibility to patrol the area, going from RV to RV in a wide-ranging perimeter around our campsite.  Then he comes in shivering and stands in front of the heater.  A short time later, out he goes again. He’s dedicated to his work, ya’ gotta’ give him that.  Gosh, I love that boy. 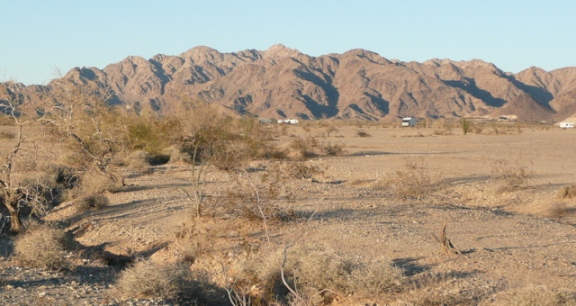 They’re the fun pair I kayaked with on the Williamson River last September.   (The Williamson is north of Klamath Falls, Oregon). 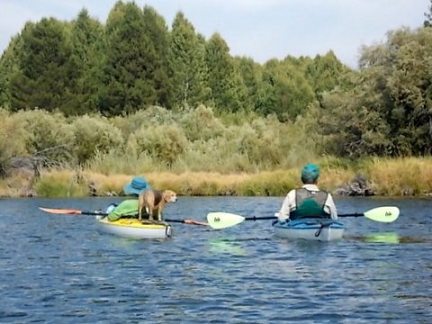 Right now Bill and Ann and their two canines are also in the Yuma area, camped at Fortuna Pond.  We’ve been emailing back and forth for two days about getting together.  Trouble is we can’t figure out how to get together when none of us wants to go outside.

Why this pic? Because I love my Wilson antenna!

At least that’s what the weather forecasters say.  I hope they’ve got it right this time.

When the wind calms and the temperatures rise, I’ll pull up stakes, and the crew and I will motor on down the road to a new camp!

77 Responses to A story: The Beekeeper’s Wife